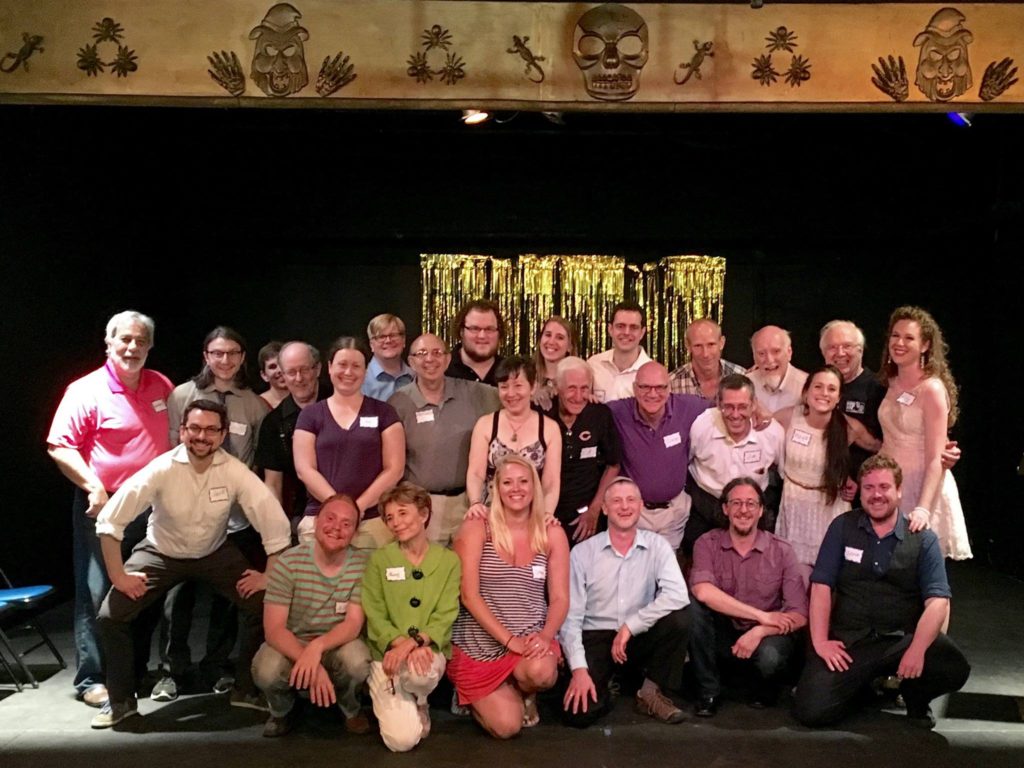 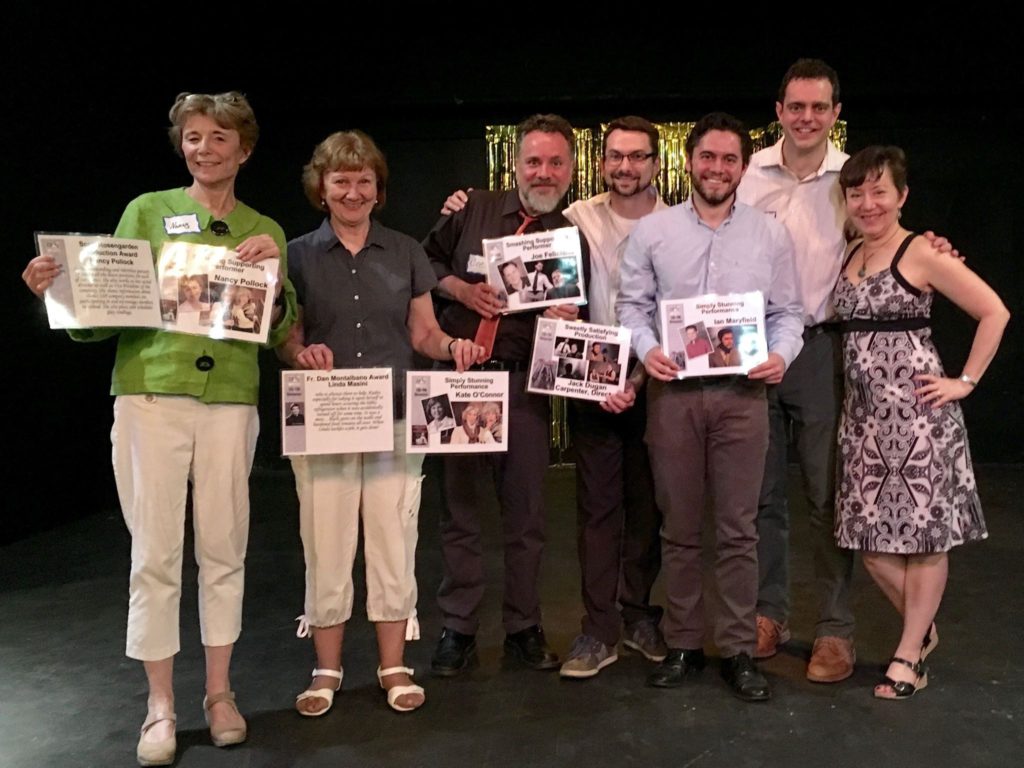 We had a wonderful celebration of our 35th season June 20 at the annual Awards Party! Congrats to our Sebastian Award winners (L-R) Nancy Pollock, a double winner for Smashing Supporting Performer in Arsenic and Old Lace and the Scott Rosengarden Award; Linda Masini for the Fr. Dan Montalbano Award; Kate O’Connor (not in attendance but Linda is holding her award!) for Simply Stunning Performance in Arsenic and Old Lace; Joe Feliciano for Smashing Supporting Performer in The Woman in Black; Jack Dugan Carpenter for Sweetly Satisfying Production, as director of The Woman in Black; Ian Maryfield for Simply Stunning Performance in The Woman in Black; Brian Vabulas for the Barry Cunnane Award; and SSP President Jill Chukerman-Test.

Due to restrictions on public gatherings in response to the spread of the coronavirus, we are postponing our production of Born Yesterday. We hope to mount the production later this spring or summer and will announce new dates as soon as possible. We also hope to announce our 40th Anniversary Season soon. To keep up-to-date on our activities, please return here to our website. Thank you for your support and understanding!
+